Gheorghe Hagi began his career as a professional footballer at Farul Constanta in his native Romania before playing for the likes of SportulStudentesc and Steaua Bucharest in the same country. The Romanian football icon then had spells in Spain with Real Madrid and Barcelona. He also played for Brescia in the Italian league and Galatasaray in the Turkish league. 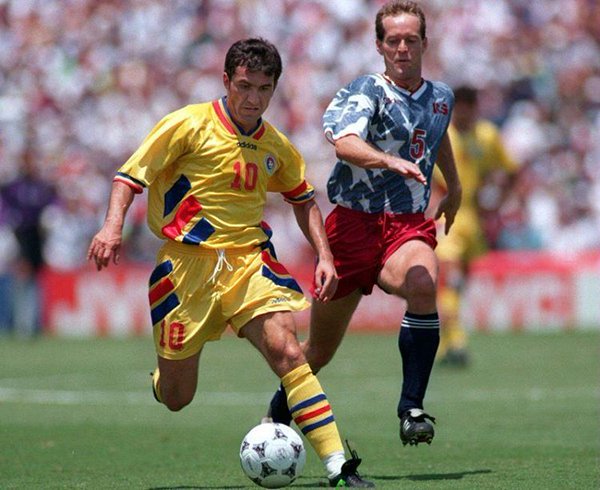 Hagi is one of the few players to represent both Real Madrid and Barcelona. He’s in the same situation as the likes of Luis Enrique and Michael Laudrup. Gheorghe Hagi won a lot of titles during his playing career. At Steaua Bucharest, he won three league titles, two Romanian Cups, the European Super Cup in addition to reaching the European Cup final during the 1988/89 season.

Gheorghe Hagi won the Spanish Super Cup during his time at Barcelona to add to the one he won while playing for arch rivals Real Madrid in the same competition. At Brescia, Hagi was part of the team that won the Anglo-Italian Cup.

Retired Romanian international Hagi won the most trophies during his time in the Turkish top flight with Galatasaray. He won four league titles, two Turkish Super Cups and two Turkish Cups. Hagi was also part of the team that beat Premier League side Arsenal on penalties in the UEFA Cup final after a goalless draw in regulation time and extra time to win the competition during the 1999/00 season. He also won the UEFA Super Cup with Galatasaray at the expense of then-Champions League winners Real Madrid in 2000.

Hagi is seen as a hero in both Romania and Turkey. He’s regarded as one of the best players of his generation. Hagi won the Romanian Footballer of the Year seven times which is a record. He was also nominated six times for the Ballond’or with his best performance coming in 1994 when he finished fourth.