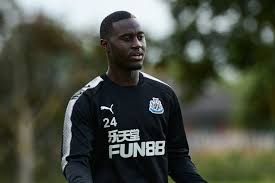 However, Galatasaray manager Fatih Terim was able to provide a different talk at half-time due to a crucial goal from Badou N’Diaye in the second minute of injury time. Mbaye Diagne scored from the penalty spot in order to put the game on level terms before Sofiane Feghouli provided a winner for Galatasaray. As a result, Galatasaray were able to build on the 5-0 success overAntalyaspor in the previous round. This is a major result for Galatasaray and manager Terim claimed that it was an effective performance in the second half – which was undoubtedly boosted by his half-time team talk.

The manager admitted that there was some angry moments in the dressing room with a lot of words exchanged. The experience of the manager was a crucial factor behind this victory.“Now you will take the field as the first half never played. Forget the first half. Just think like we need to take two goals. It highlights will also take,” appear to be the words said by the manager in the dressing room during halftime. There were also tactical shifts by the manager in the second half and this paid a major dividend towards getting a positive result. Galatasaray remain second in the table but the gap to IstanbulBasaksehir is down to six points.